What You Need To Stock Up On For Emergencies

If 2020 has taught us nothing, it was that crazy things can and often WILL happen and we should all be prepared. From storms, Covid-19, and economic closings, to illnesses and earthquakes we need to be prepared to stay home safely and care for our families. 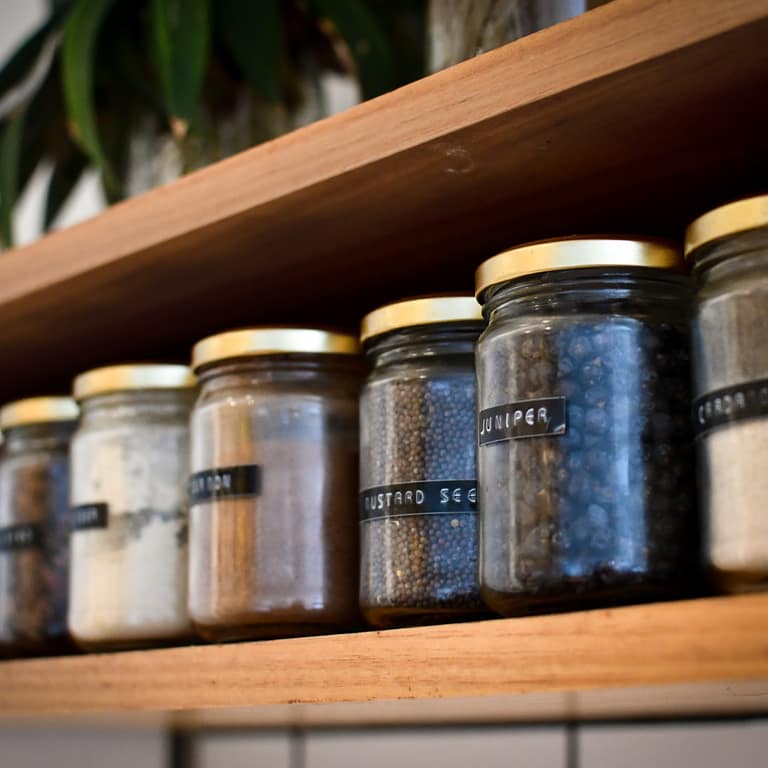 A couple of years ago, while we were living in Seattle, we met some of our best friends. The Steskal family not only made us laugh til we cried, but taught me a valuable lesson about always being prepared. And boy am I glad I listened when I did. Merrigay had a garage full of canned foods, boxed goods, and a “go-bag” for emergencies.  And I will admit when I first saw all this, I kind of thought she was crazy.

But the more that she taught me about being prepared, reducing clutter, and taking inventory on what you have and not to waste anything, the more I realized how valuable the lessons she was teaching me was. And I listened, learned about home preservation and it became my own mission to make sure my family was ready for whatever emergencies came.

Fast forward a couple of years and I've started teaching my own friends and family about being prepared and what you can do to make sure your family can hold out at home without issues.

Thoughts On Being Prepared For Emergency Stay Home Orders

I've never seen anything like the bare shelves and desperate looks on people's faces as we stood in long lines to check out with almost empty carts.  I looked down at my cart and I wasn't that upset about the lack of items because I knew at home that we were fully stocked and what I had come for were things that were fresh food items that we would eat first.

More importantly in March when the stores were empty in Maryland, I knew that in just a few weeks my own Victory Garden would start to sprout and we would soon have plenty of fresh fruits and vegetables to last all summer and into the fall.

I have to admit, even though I felt prepared, I was scared. The fearful chatter wasn't how many bags of dry beans people had stored, it was how many bullets and guns people thought they needed to raid for what they wanted later.

It's been 8 months of learning how to live in a Covid-19 world and we are now entering into what they are calling a “dark season” and the world governments are starting to shut down again.  Even more, here in America, we have a lot of angry people on both sides of the political fence who are pissed about the election.  For some areas, it's become unsafe and businesses are boarding up again.

Winter is coming, and for us here, we are preparing to hunker down and try to get through until the light returns.

Storage Tip: Be prepared for mice! Paint your shelves white to spot signs that your storage space might have a mouse issue.  Use glass jars, mice can't chew through them and you can easily see what's in the jar and how much. Tight seals also keep your food fresher.

JavaScript is currently disabled in this browser. Reactivate it to view this content.

How we prepare for lockdowns and emergencies

In our house we have a full house generator, two refrigerators and a storage freezer. We also do a lot of home canning from the produce we grow in our garden and dry goods that will last on the shelves for years.

So let me show you what you will need to stock up on now while you can so you can be prepared to stay home.

What Dry Goods do you need to stock up on?

Before grabbing everything on the shelves, ask yourself what you will actually cook and eat. In our family, we are pescatarians (mostly vegetarians) so we don't stock up on beef jerky, as some families might. But we do stock up on vital wheat gluten for homemade seitan, which is a meat substitute for us.  Also if your family hates red beans, you don't need to buy them.  So make a list before you shop and don't be tempted to hoard food just to have it.

Dry Goods To Have On Hand:

What Canned Goods Should I Have On Hand?

In our garden, we can or dry anything that we won't use immediately.  Tomatoes, garlic, herbs, and peppers are all grown with the intention that they will last all year long.  Then we can, freeze, and store them in cool places to keep them preserved. We use canned tomatoes without seasonings in lots of our dishes, and season them when we are cooking to make sure we have what we need.

But if you are shopping for what canned or jarred items you might need, make sure they have a long shelf-life and are versatile enough that you can cook with them when you are trying to make food last.  So I wouldn't buy heavily spiced canned veggies because I don't know what we will need them for in 6 months.

Good Canned or Jarred Foods To Stock Up On:

Foods To Stock In Your Refrigerator or Freezer

If you are prepping for an emergency, now is a good time to clean out your refrigerator and freezer to make space. We don't keep anything like condiments longer than a couple of months and I regularly label the date we opened them and toss them on the first of the following month.

One of the things that I want you to remember is to have treats on hand that will not only be comforting but will also make the days feel a little more fun.

I am a chocolate addict, and I like to have really good chocolate when I'm stressed or needing a “Pick Up” because food actually makes us feel better sometimes.

So pack up a few boxes of each of your family member's favorite treats and hide them away for a day when you want to bring more smiles and normalcy to staying safe at home.

Maybe it's wine, or homemade cookies, have something available to lighten up the days. I personally also have a stored supply of CBD and cannabis so I'm a nicer person to the people I'm locked inside with!

Non-Food Items To Have Just In Case

Forget the cleaning wipes, learn how to use reusable items like shop towels and cleaning agents designed to kill viruses and bacteria.

Ladies, don't forget those feminine products or switch to a diva cup. Once I tried a diva cup and realized how much trash I'd been creating each month and how much money I'd been spending.  I'll never go back!  But I do suggest having backup diva cups just in case and proper cleaning agents for your cups.

If you take medications, make sure you are current and ask your doctor for longer prescription cycles.

I know it might seem like people are just buying everything they see because they are scared. But we want you to be prepared and have a plan.

Just like packing for vacation, make a list of the things you need and be excited that you have everything you need.

Being prepared actually makes me thankful for all that we have and for friends like Merrigay who taught me to laugh instead of cry when times get hard.

I hope these tips will help you get your home prepped for whatever emergencies come up so you can feel more at ease.

What do you do to prepare for emergencies? Drop a note in the comments with your tips!