It's Okay to Not Be Okay 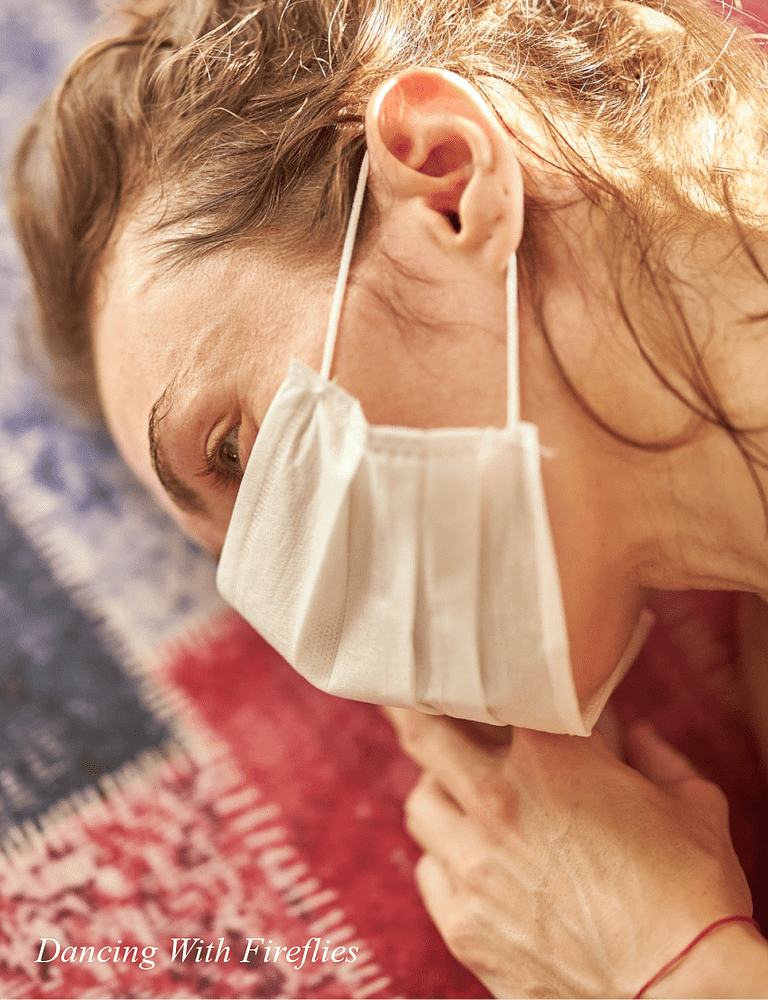 8 years ago, my best friend was killed in an accident that forever changed my life.  He was “My Person” because unlike everyone else in my life, he was there the longest and knew the darkest parts of my life.  And he loved me all through it, like a brother and like someone who understood trauma intimately.

When he was gone, I was left in a world that suddenly had a huge terrible hole in it. Some days I find that I still struggle to breathe because his loss is so intense. Some days I am NOT okay.

This post contains affiliate links. This means that if you make a purchase, I will receive a small commission at no cost to you. Support content creators and click on their links to show your love.

It's Okay To Fall Down

Let's face it, 2020 has been a nightmare for most people on planet Earth.  Over 788,00 people have died from Covid-19 as of today.  More die every minute, and millions of people have been confirmed to have been infected with a virus that has left people with lifelong issues. The financial impact is epic, this is an historic year.

This year has seen fires destroy millions of acres and killed hundreds of people in Australia and the US. Flooding in India and Indonesia, volcano eruptions, earthquakes, even swarms of locusts around the world have caused mass destruction.

So with all of this, I know that some of you are overwhelmed and trying to find some kind of peace, some scrap of something to hold on to.  And I want you to know that it is this… it's okay to fall down.

But what matters is that you are trying to get back up.

Be The Person Who Understands And Forgives

When Lance died, my life sort of fell apart. But I still needed to get up, make lunches, show up at dinner and try to fake being nice to people. Inside I struggled between feeling dead and being on fire.  I'd lost people before, parents and old family members. Nothing prepared me for losing my lifeline.

Lance and I were childhood friends who helped each other up during times that he and I were both being abused by parents and guardians. He was there when I left an abusive relationship and I was there as he transitioned out of the military and addressed his sexuality openly.

Those kinds of friendships are rare. It's unlike a romantic relationship, because it isn't dependent on expectations, families, children, money, or fidelity.

When he was gone, I didn't know where to turn. He was that person who just knew how to help me direct that energy.

Along with grief, I also was left with something more that I didn't understand for a long time. Guilt and shame, both were feelings that kept me up at night.  I walked around in a haze of disbelief that I woke up one day and everything was okay and then I was woken up at midnight and nothing would ever be the same. Because simply, I wasn't ever going to be the same.

I looked at people who were going on with their lives and I started to hate everyone who didn't feel as terrible as I did.  And that shame for my anger was horrible and caused me to pull even further away from other people.

During this time, I ached for someone who could just understand what I was going through and help me find my way back. My husband didn't understand and I lashed out at him and drove a wedge between us. How dare he tell me that I was grieving too much??

I almost ripped every relationship I had left apart because I didn't know how to move forward.

One day a friend of mine came to me, trying to help. “Don't get OVER it, learn to live WITH it.”

Something about that clicked in. I needed to stop fighting this terrible truth, and learn how to live with it being there.  I needed someone who could understand my rage and my pain, and forgive me for being so lost in it. That's when I made an appointment with a mental health expert and asked for help processing my grief.

Trade Drowning In Pain For Meditating On It's Purpose

To be frank, I was consumed by the terribleness of the world for a long time. Losing my friend made me feel like everything could be ripped away from me at any moment, and I spiraled in fear.  I wrote my will, I planned my husband's funeral a dozen times, I was sure every time one of my children left my sight that they were going to die.  I watched the news and saw only horror and I couldn't breathe without thinking of something awful.

At one point I found myself grasping onto spiritualist who could “speak for the dead” in hopes that I would unlock the key to resolving my grief.  I knew I was drowning and I was doing nothing to stop it.

Something that I've learned in my life is that pain is not completely without purpose. And when it stands in our way and we can't see anything else, then we need to address it.

Sometimes Side Trips Can Be Enlightening

I latched onto Abraham-Hicks, a woman who claimed to speak for the dead. She was fascinating, because I was searching for hope and something that would help me to feel like death wasn't the ending.  What I discovered wasn't that the dead could start giving life coaching advice, but that mediation was helpful in healing my broken heart.

Now I meditate every day, just to find those moments of peace that I need in my life.

When I'm feeling the pangs of grief rise up again, I ask in meditation what this moment of pain is reminding me of? What's the reason behind it?  And I give myself permission to accept that this pain isn't ever going away, I am just learning how to live with it.

I had what could be considered a mental breakdown, it was ugly and scary and terrible for those who loved me. Not only was I physically very sick with Lyme Disease that took advantage of my weakness.  I also was going through a terrible breakup with a toxic family member, that alone would have been hard to deal with.  I began not only to question the meaning of life, but why the hell I had to be here at all.

During that time, I saw the truth of many of my friendships. And it pissed me off even more.  The silver lining is that I no longer felt committed to keeping up friendships that weren't real.

The best people in my life saw how terrible I could be and still called and texted the next week keep the contact alive.  Even when I completely fell apart, a small handful of people appeared in my life and held on tight.  Slowly I learned not to focus on my pain and start to keep my eye on the things that helped me to feel good again.  Sometimes I'm still an asshole, but I learned not to deny that part of me now.

Learn How To Love Yourself

We all talk to ourselves.  It doesn't mean we have a mental illness, and it's okay if we do.  It means we have an internal dialog that is our brain's way of working things out through conversation. And sometimes we need help with that conversation and we seek out mental health experts or maybe even a friend.  But the way we talk to ourselves needs to be in a loving and supportive way, treating ourselves in the way that we deserve and should be treated.

If we are speaking to ourselves negatively, and accept that as truth.  Why would anyone treat us any differently?

I learned through meditation that the way I spoke to myself when I was struggling was in a way that promoted my sadness.  I whispered sad thoughts, I hummed sad songs, and I responded to the world with sad speech.

Be Okay With The Pain

They say that when someone has a limb removed, that sometimes they can still feel that limb.  There are times when they can feel pain in a part of their body that is no longer attached to them.  I feel like sometimes I feel this heaviness and overwhelming pain in my soul (whatever that is) for the person that I was so attached to.

I miss his laugh and it tears at me that sometimes it's hard to remember exactly the right tone and texture of his voice.

I miss the way he could call me out on my selfishness, and turn around and make me feel incredibly special.

I miss the way he allowed me to be exactly who I am, and inspired me to be so much better.

This pain that I feel, is a reminder that I was loved, valued, and I belonged to him as much as he belonged to me. That's special, and that doesn't go away. I can't bring him back to life, but I can honor our friendship by not allowing his passing to destroy me.

When I look at all the hate and ugliness that is happening in the world right now, I know that because I learned how to be okay with great pain, I can live through this too.