Hey everyone! I can FEEL Fall is so close! Today I sat outside early this morning on the porch while the hose was soaking in the front flower beds. I wanted to take in some of that fresh fall air that was lightly scented with the crispness of freshly cut grass before heading up to my office. It didn't help my blogging productivity at all! All I wanted to do was get in the kitchen and make some fall favorites like fresh applesauce and fluffy pancakes.

Coming into the kitchen, I took a look at my cast iron pans and realized a couple of them needed a tune-up before fall really settles in.  Over the summer we try not to heat up the kitchen too much and we use the BBQ a lot more or whip up cool summer foods.    So my pans always get a little love around this time of year.

Here are our tips on how to keep your cast iron pans in top shape! 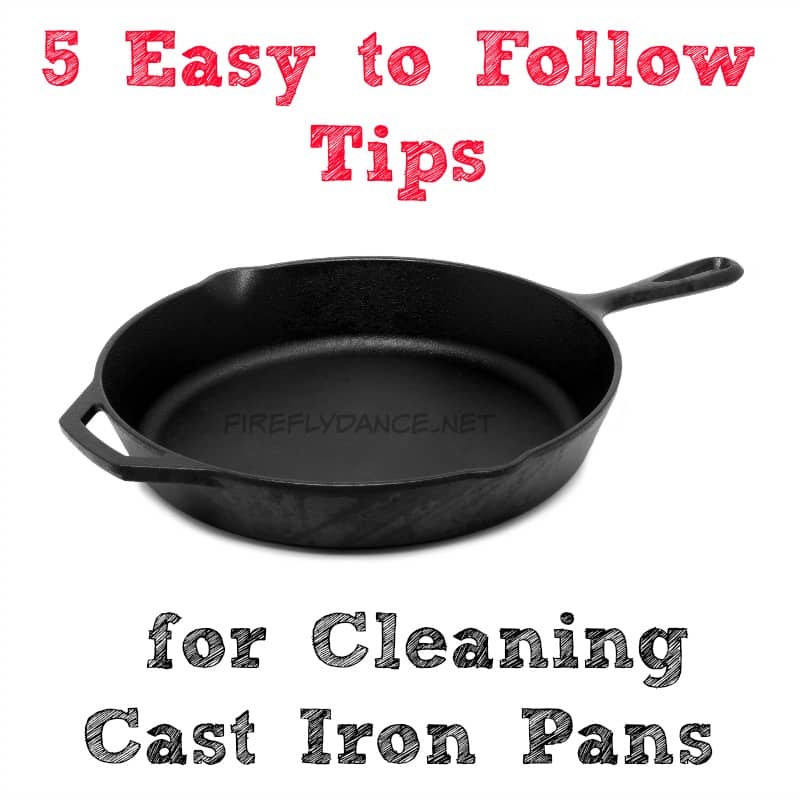 I love my cast iron pans. But they can be a little tricky for the first time cast iron pan owners. Cast Iron is tough, but it does need some attention. So I wanted to share a few tips for cleaning your pans that I've learned with cooking and cleaning my own pans.

Cast iron pans can be used on most heat sources including gas and electric stovetops, ovens, even induction cooktops. But you can not use them in microwaves.

I've been using some of my pans for 15 years, and they look brand new!

Cast iron pans are lifelong pans.  Think about that when purchasing your pans.  Make sound investments, because the quality of the pan is going to determine how long it will last and how much you will enjoy it.

I love Kuminabe pans because the creator of these cast iron pans,
Nobuho Miya, is a world-class designer and master of Nambu ironware, He is also the third-generation head of Kamasada, a Nambu ironware manufacturer established during the Meiji Period (1868-1912). Isn't that amazing?  Kamasada has been preserving traditional manufacturing methods for more than a hundred years. These pans last a lifetime and are passed down to generations to come. 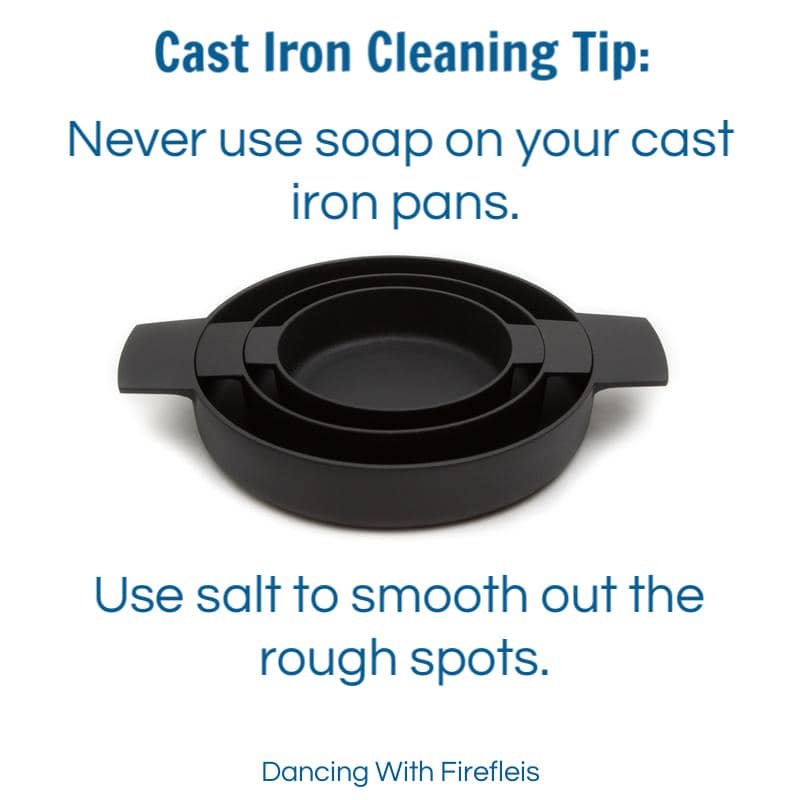 Never Ever Use Soap on Cast Iron Pans

When your cast iron pan is seasoned correctly, very few things will stick to your pans. They won't be perfectly smooth, in fact, my best pans are a little bumpy, and I think that helps the oil get under your food and give them a nice crisp texture when frying.

Sometimes you want to get in there and scrub those pans. Skip the soap, which will leave a soapy taste to your pans and will ruin the healthy oil coat on your pans. Instead, give it a healthy spread of a regular house salt. I like to buy the cheap salts in those large containers, and that's my cleaning salt. 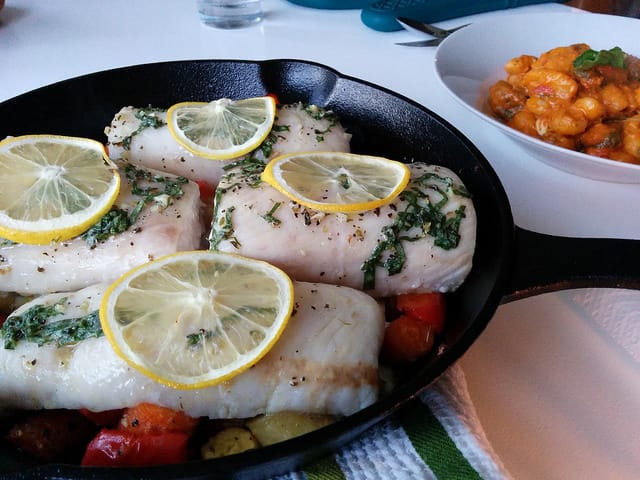 Don't Be Afraid Of Water

Many people think that water will make your pans rust. And they will if they are left wet for too long. But this doesn't mean that you can't wash them. You just need to make sure that you are drying them and oiling them.

A well-seasoned pan can even go in the dishwasher (no soap) when they are extra dirty. You just need to season them again when you get them out.

Never leave them soaking in water!

Do not leave the lid on your pans or pots overnight. I've made this mistake a few times, and I've found that here in the Pacific Northwest where the air is a little damp, my pans will collect too much moisture in my kitchen with the lids on, and the lids will start to rust.

Dry Your Cast Iron Pans On the Stove

Growing up, my Gram would always have me clean the kitchen after dinner. To me, one of the most important jobs was to clean the pans. She would come in after everything was done, the pans were wiped out and clean. Then she'd put them on the burners to dry. When they would get good and hot, she'd turn them off and add the lard. In her house, grease was both for cooking and cleaning. 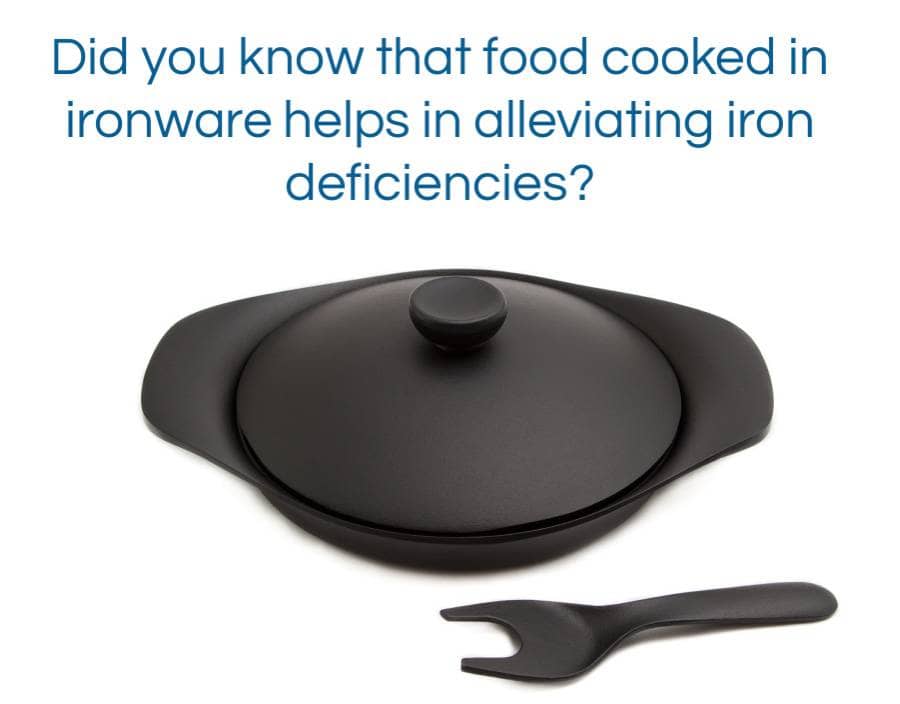 Grill pans, like the Sori Yanagi Cast Iron Grill Pan, have pyramid-shaped ridges on the pan’s surface impart appetizing grill marks while catching grease and excess moisture.  For cleaning, I like to cover a fork with a paper towel and get into the ridges.

It's Okay to Leave them Greasy!

Many times if I am only doing light frying or nothing saucy, I'll just wipe out the food particles and excess oil with a paper towel. Then I'll turn the stove on and heat the pans to clean them. This is re-seasoning your pan and giving it light repairs from your cooking.

I love to show off my pans. So when I serve with them, I will prep the pan by cleaning well, seasoning, and wiping it down well before I cook.  Then I can set it right on the table. 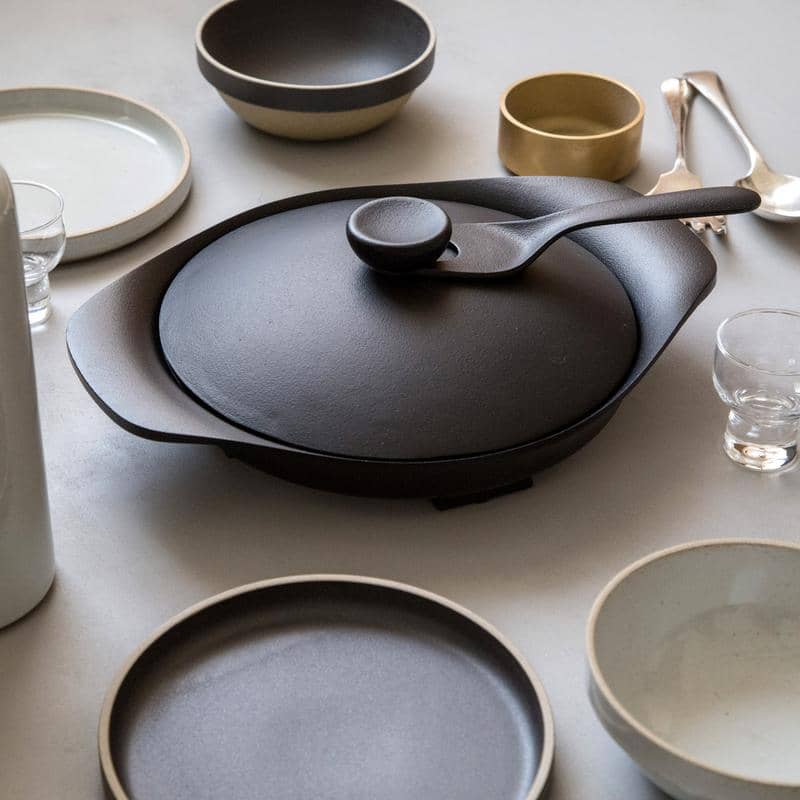 It's happened a few times when I was first learning how to use cast iron, I'd somehow not get them dry, or they would sit in the sink, and I'd find rust in the pans. At first, I was distraught that I'd ruined my pans. But rust can be stopped!

We like to use flaxseed oil after reading an article from Cook's Illustrated because it gives a smoother and more robust surface that bonds to the skillets and forms a stronger and longer-lasting surface.

Here's how we do it:

Once your pan has been seasoned and used often, you shouldn't worry about rust. 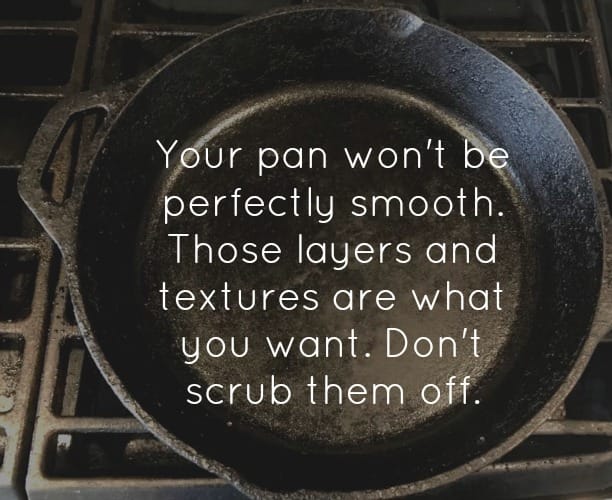 I don't use my Dutch oven pan as much as I thought I would, but my griddle is always making pancakes and latkes in the winter. Love your pans, and they will bring you years of great cooking and joy.

Show us your pictures of your Cast Iron Pans on our Facebook page!

4 thoughts on “The Best Way To Season Cast Iron Pans”