previousFlavored Teas
nextThe Farmhouse Kitchen: the heart of our home

Nope, I'm not a hugger or a casual cheek kisser.  I don't like it and I have my own reasons for setting down this boundary.  I'm polite when I take a step back from the group body smashing.  I smile and wave when I meet people and offer a “Hello” to offer my introduction instead of free access to my body.  I am just one of those people who aren't comfortable with it and that's okay!

Setting personal boundaries for yourself is an expression of your self and a clear place where you begin and the other person ends.  I think of my space bubble like a good backyard fence and my Gram always said “Good fences make good neighbors.”

I'm not RUDE, I'm just not a hugger

I didn't grow up in a hug-friendly world.  And I don't judge people who did.  I am very comfortable with my boundaries of personal space but recently I've been called out in public for being rude or actually forced to make physical contact because it pleases other people.

It's a very uncomfortable thing for me. Men used to be comfortable with a handshake, but now cross the personal lines to assume that full-body personal contact is better.  It's not.

And I'm not sexist about hugging.  I am fine with a fist bump from women or men, even better when I don't force children to exchange this uncomfortable situation that they also don't want to do… fist bumps are fine.  I even have one friend that has adapted to a hip bump in a friendly exchange.  That's even funny!

However, when did it become fine to call out someone for not being a hugger? Can't we all just respect that everyone has their own personal boundaries and not call them out for being an ice-queen or rude bitch?

My whole life I've been pressured to allow access into my personal space, even though the thought of it often brings me to tears or even has caused me to avoid attending certain events.

People who aren't huggers are often forced to question themselves and told they aren't “normal”. 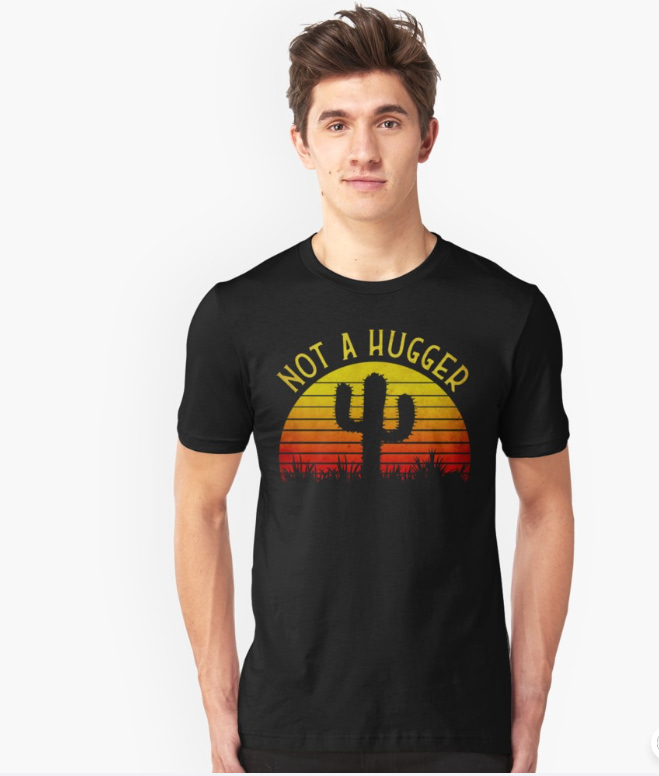 Children raised in 2000's and above have been raised with new social values. We've taught them that it is best to be polite, but you don't force a child to surrender to unwanted touching.  We have given our children body autonomy and yet we have forgotten that as adults, we are entitled to that too.
We have become more aware of how sexual advances have been ignored for generations, and as a society, we are fighting to change that.  Sexual harassment isn't just about calling a woman “honey” and telling her to make your coffee.  Now we see that women have been taught to accept and ignore sexual advances and uncomfortable situations because they fear repercussions.
Forcing someone to surrender to your physical demands for affection, and reprimanding them pressuring them to “lighten up”  or face public humiliation is sexual harassment.
I've been asked when I've become upset and asked for help in situations “Is this what you want to get upset about? Why don't you just let it go?”  And I have asked my husband if he would let it go if the new trend was for men to hold each other's balls for a minute.  Of course, he said no!  But he couldn't relate that forcing me to be passed around from person to person and allowing everyone into my private space against my will was just as violating.
Being called out by strangers is awful. Being called out by my friends is so much worse.
Please don't make me bring out my trauma to the dinner table. You aren't my therapist and when you do this, it's embarrassing and horrible for me. Don't make me have to explain my need for personal space because you want to violate it because it makes YOU happy.  If you care about your friend, respect their quirks and support their needs.
Recently I've gotten a lot of grief because I have been more insistent about my no touching rule.  Sometimes when life is just really stressful for me, it's hard to just get through the day.  I just need a little extra space to keep it all together.  Honestly, I have been trying to handle some big issues and it's been tough.  But someone I really care about, a friend, has repeatedly made my touch sensitivity a public issue.  And when I had to clearly layout that I wanted it to stop…  I was called rude. Then given the cold shoulder after I was forced to issue several apologies because I didn't want to hurt my friend.
Not all of my demons are under control, Friend. But sometimes I have to stand up for myself and if you cared about me as a human and as someone you respect, you would get that. 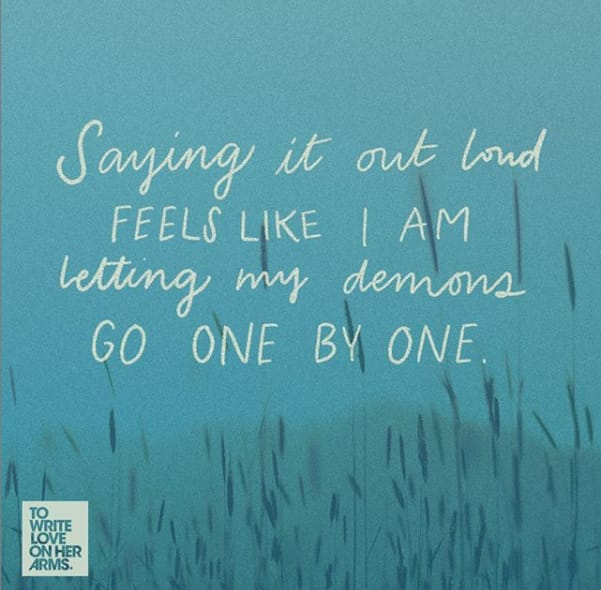 Yes, there are special exceptions to my anti-hugging world.  Children, grieving people, and times of tragedy have special excuses.  I'm not an Ice Queen, I love physical contact when it's wanted by both parties!

My own grown children have always known I'm not the hugging Mom, but they also know that I am always there for them and I welcome them… with open arms.

I don't have a personality flaw.  I'm not rude or unkind.  And I shouldn't be shamed for wanting personal privacy and neither should anyone else. If you know someone struggles with this, be kind and support their special needs.

I know that because of my history of abuse and trauma, I am selective about who I am intimate with. I can still be friends without allowing access to my body.  In fact, I am even warmer when I haven't been made uncomfortable.   I have a hard time moving past the screaming in my head after being forced into these interactions. I want you to have a great time, and I hope you want the same for me.

So that's it!  These are my personal boundaries and I hope that this helps huggers understand non-huggers a little more!

Discover Your Own Boundaries

I had a wonderful therapist, Eric, who challenged me to be clear with my boundaries.  I spent a long time, fighting anxiety and PTSD. Through therapy, I realized that unless I could set clear boundaries for myself and for others I realized I couldn't proceed with healing and moving forward.

Your needs are just as important as anyone else! If you don't feel comfortable hugging, then don't!  You deserve to feel good!

I share a lot of my stories and struggles with all of you because my hope is that by sharing my truths, I will help one other person to see that they are not alone in how they feel.  I want to be that one flashing firefly when you need someone to tell you that your feelings matter and your story is important.

I want you to know that what makes you different, also makes you worth knowing, worth loving, and brings you together with other fireflies in this dark night.