previousConfessions from a bad mother.
next5 Fabulous Recipes Using Fresh Ricotta
(This post includes affiliate links. Should you click an affiliate link and make a purchase I may make a small commission at no extra cost to you.)
class="aligncenter size-full wp-image-19138 jetpack-lazy-image" src="https://mlzoaebr4xoq.i.optimole.com/jPdIzOk-DXsoAQ8g/w:auto/h:auto/q:mauto/https://i0.wp.com/mlzoaebr4xoq.i.optimole.com/0Vnibc8-LxlEjPHP/w:auto/h:auto/q:eco/https://fireflydance.net/wp-content/uploads/2019/05/01a.jpg?resize=600%2C900&ssl=1" alt="Childhood Memories - Blue Eggs" width="600" height="900" data-wp-pid="19138" data-recalc-dims="1" data-lazy-src="https://mlzoaebr4xoq.i.optimole.com/jPdIzOk-DXsoAQ8g/w:auto/h:auto/q:mauto/https://i0.wp.com/mlzoaebr4xoq.i.optimole.com/0Vnibc8-LxlEjPHP/w:auto/h:auto/q:eco/https://fireflydance.net/wp-content/uploads/2019/05/01a.jpg?resize=600%2C900&is-pending-load=1#038;ssl=1" srcset="data:image/gif;base64,R0lGODlhAQABAIAAAAAAAP///yH5BAEAAAAALAAAAAABAAEAAAIBRAA7"> When I was little, around 6-7 I guess. I lived in Oregon. Somewhere around Portland and Mount St. Helens. I should have been in 1st grade, but I didn't go to school much as a child. Instead, we moved from place to place, town to town, nothing stayed still. The year we were there, St. Helens erupted, everything was covered in dust. Animals got sick, the garden died. And not long after we had to move again. I moved so much that I can't remember the names of all of the schools I went to, at least 12.  The only constant was my Gram, the life she tried hard to give me, and the little memories I carried with me from home to home. That summer, my Gram and I had a little farm. It was old and smelled like mold. But was good enough to grow a little garden, raise some rabbits and chickens, milk a goat, and for her, to do her best to raise a little girl who was just as wild as the animals she kept. I was quiet. I didn't speak, didn't have friends, and didn't like most human beings. But I understood animals.  The abuse at the hands of a family member had gotten severe, and when I turned 7 my tormenters stepped up their game and began abusing me in different ways.  They would come to the home I shared with my Great-Grandmother, my “Gram”. They would come and stay until people began to notice, and then we would all have to move away and start again.  Those years my memories are replaced with strange markers of time, like the smell of blood in the fresh cut grass or the sound of children laughing in the distance, and memories of little blue eggs. 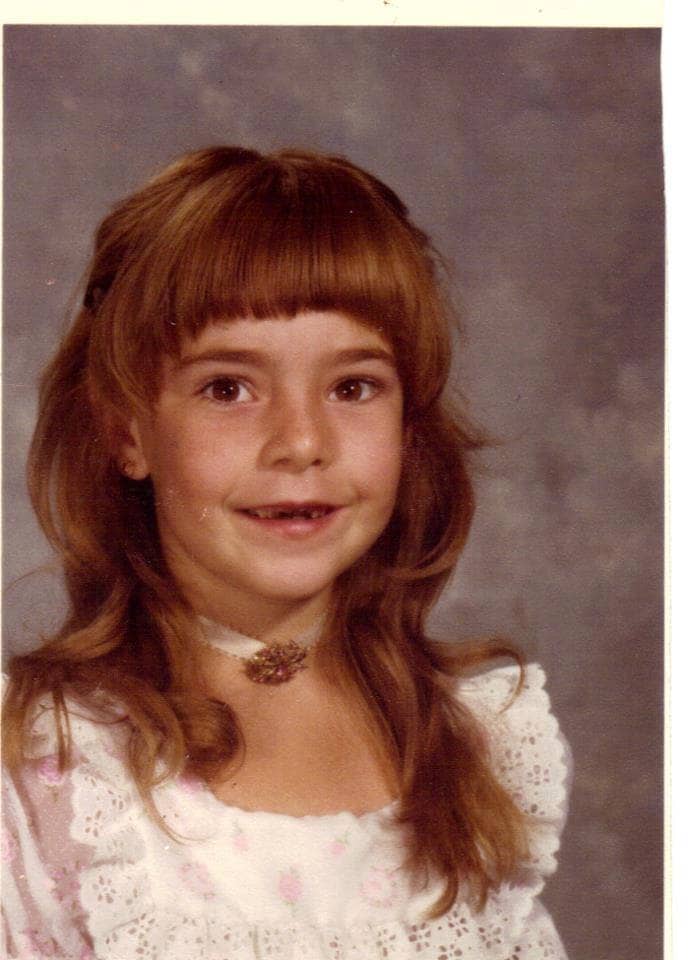 Henry and the blue eggs

My Gram always raised farm animals. Mostly for food, an understanding th at I grew up with. I was thankful for t he food, and knew exactly who we were eating for that meal.  But when I turned 6 my Gram gave me a hen of my own. She was brownish red and too gentle to eat. She said it would be my friend if I took care of her, talked to her in a gentle voice and kept her safe from the dog.

I named her Henry. She was fat, probably because I was constantly sharing my food with her and carried her wherever I went, inside and out. She was kind and sang silly chicken songs. And I learned her songs and sang them back. We played games and in the peacefulness of our friendship, I felt happy.

My Gram insisted that Henry lived outside in a wooden box filled with straw. I insisted that it be as close to me as possible. So, she nested in that box right under the covering where my rain boots sat on the back porch. I learned how to feed and care for her, and tried to convince the rest of the flock that she was nice and they should accept her into their group. Most importantly, I had to keep her safe from the dog. The dog was mean, it would kill any small animal it could. The dog was there to keep us safe, she said. It wasn't supposed to be nice. I put myself in harm's way, trying to keep that hen safe, and took a few good dog bites in the process. Henry seemed to know my efforts and would snuggle next to me and fluff up as I poured water over my wounds.  Tending to me as she would her own chicks if she ever had them, Henry began to follow me around and watched over me for danger. The rest of the flock lived out in a coop away from the house.  They rejected her and would attack her if she came close.  Henry didn't seem to take it personally, returning to her box where she was safe and warm. One morning when I lifted her from her bed, I found that she had begun to lay eggs. But unlike other eggs, her eggs were blue like spring mornings. Small blue eggs with tiny speckles. 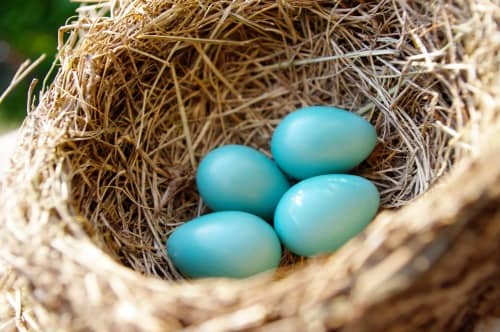 Henry gave me her special gifts each morning. For three moves I was allowed to keep her. Three houses, three new schools. I cried and begged for more time when it was time for us to pack our box and move to the next place because I didn't want to leave my magic chicken and her special blue eggs. Eventually, my tears were ignored and Henry was left behind for someone else to find. I'd already left behind dogs, cats, and people… but that lil red hen hurt. After that, I always had a special place in my heart for red hens and blue eggs.  Years later I looked back at that time, sad for that little girl. Nobody noticed she didn't talk, she didn't laugh and was only there for a moment.  There were no playdates with other children, but they would have found my friendship with that hen something to mock and discourage I suppose.  Children, like myself, who come from an abusive background don't see their lives the same way.  I took the abuse, the damage, and the scars as a way of life that I didn't know any different.  When I would hear other children in groups laughing, it was confusing and like that little hen, I would retreat to a safe place instead of trying to be accepted into the huddle. Recently, my daughter texted me from college excited that she'd seen a chicken who laid blue eggs and for a few minutes I drifted back in time to that little red hen and her magic eggs. I don't know really what happened to Henry. When we moved we often moved overnight, one box of personal things and a suitcase of clothes that fit. We started over, didn't make connections, didn't tell people where we came from. As an adult, I know now that this upheaval was often a result of abuse, both elderly and child that came at the hands of a family member. I blocked most of that out and held on to memories of blue eggs instead. I suppose the next people moving in were next to receive her blue eggs. Somewhere in the house were drawings I'd done of happy hens and a little girl who didn't speak. I hope they took good care of her and called her Henry.

1 thought on “Henry: The Hen With Blue Eggs Was My Only Friend”