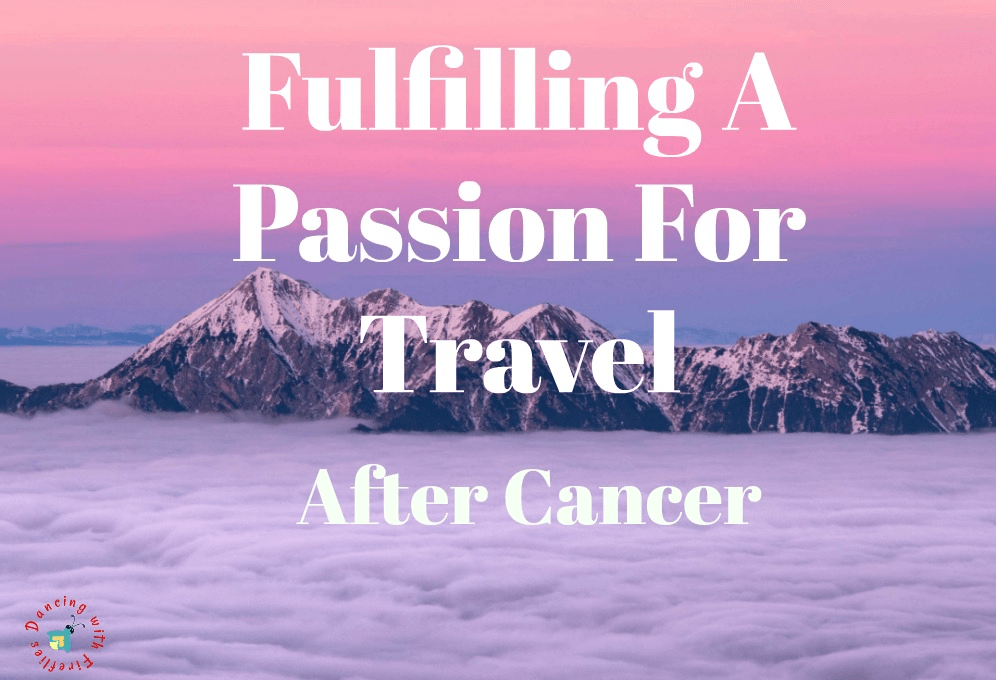 Hey everyone, I'd like to share a fantastic story with you today of a young woman I recently met who has a fascinating story about learning to love traveling the world after she was diagnosed with colon cancer. Sam Rose has a great story about moving forward in her life and discovering new places that inspire her to live beyond her diagnosis and live each day full of life instead of fearing the future.

I hope you will feel as inspired as I was by her story and her adventures. – Crysta

Fulfilling A Passion For Travel After Cancer

I love traveling. Well, not so much the actual traveling to places, but I love being on holiday! I’ve been to a few different places now, and I feel very lucky that I have been able to do this despite a cancer diagnosis and major surgery.

I was diagnosed with colon cancer in 2010. After a trip to the emergency room in January, the next few months brought tests and hospital visits, and in July I had my colon removed. I had a colostomy bag from July until the following January, when I had the colostomy reversed and an internal pouch created. I later discovered I had Lynch Syndrome, which is a genetic condition that means I’m more likely to develop certain types of cancer in my lifetime.

Thinking about all the things that happened in 2010 and 2011 is difficult because my timeline is so fuzzy. I know when most of my hospital visits happened but I couldn’t tell you when I went to a genetic counselor and found out I had Lynch Syndrome – I couldn’t even tell you what year that was. I can’t tell you when we went on holiday in those years, but I know that we did so a few times –probably as more of a way to distract ourselves from what was happening than anything else, though nobody said so out loud. I will take you through the places I went to and the things I have done so far as accurately as I can, in the hopes of showing that a life-changing diagnosis doesn’t necessarily mean an end to your adventures.

2010 is very fuzzy for me, but I think my parents and I may have taken three trips in the UK – to Portsmouth, Great Yarmouth, and Poole. All are seaside resorts with beaches, shopping and arcades. We went to Poole in spring around the time I was looking for my first full-time job – so before it all really kicked off. We took a tour around the south coast – Bournemouth and Chichester also made our list. I think my parents wanted to distract us all from what was going on, and it did turn out to be a great respite.

The couple hours’ drive to each place was a short enough journey for me to handle, and we didn’t plan anything too taxing during that year.

In 2010, I also went to London to see one of my favourite bands, 30 Seconds To Mars, twice – once in February and then in November when I had my colostomy bag. My colostomy bag proved to be no problem, but I know Sam Cleasby, an ulcerative colitis blogger over at So Bad Ass, has had a few negative experiences when going to gigs and festivals, including being refused access to the disabled toilets because she doesn’t “look” disabled.

I like to think if I ever needed to use the disabled toilets and was refused, I would teach the person in question a thing or two, but in reality, I may be too timid. There is a lot of work to be done to change people’s attitudes around invisible illnesses – but that is another blog entirely!

Florida is my favorite place in the whole world. I’d add “so far” to the end of that statement but I really don’t think anywhere else could ever match up in my eyes. It feels like another planet entirely. So when we planned to go back in 2011, I was really happy.

I remember having a check-up at the hospital that year and feeling so glad when the results came back clear. It was such a relief to know that nothing was going to get in the way of me going back to my favorite place.

Portsmouth is one of my favorite places in the UK, so it was great to travel there again. We spent a couple of days there, then came home for a day or two before flying to Jersey. Not the US’s New Jersey, but the little island in the English Channel near France. It is absolutely beautiful, and we had many a happy holiday there when I was a child. The clifftops, the beaches and the sea are glorious. 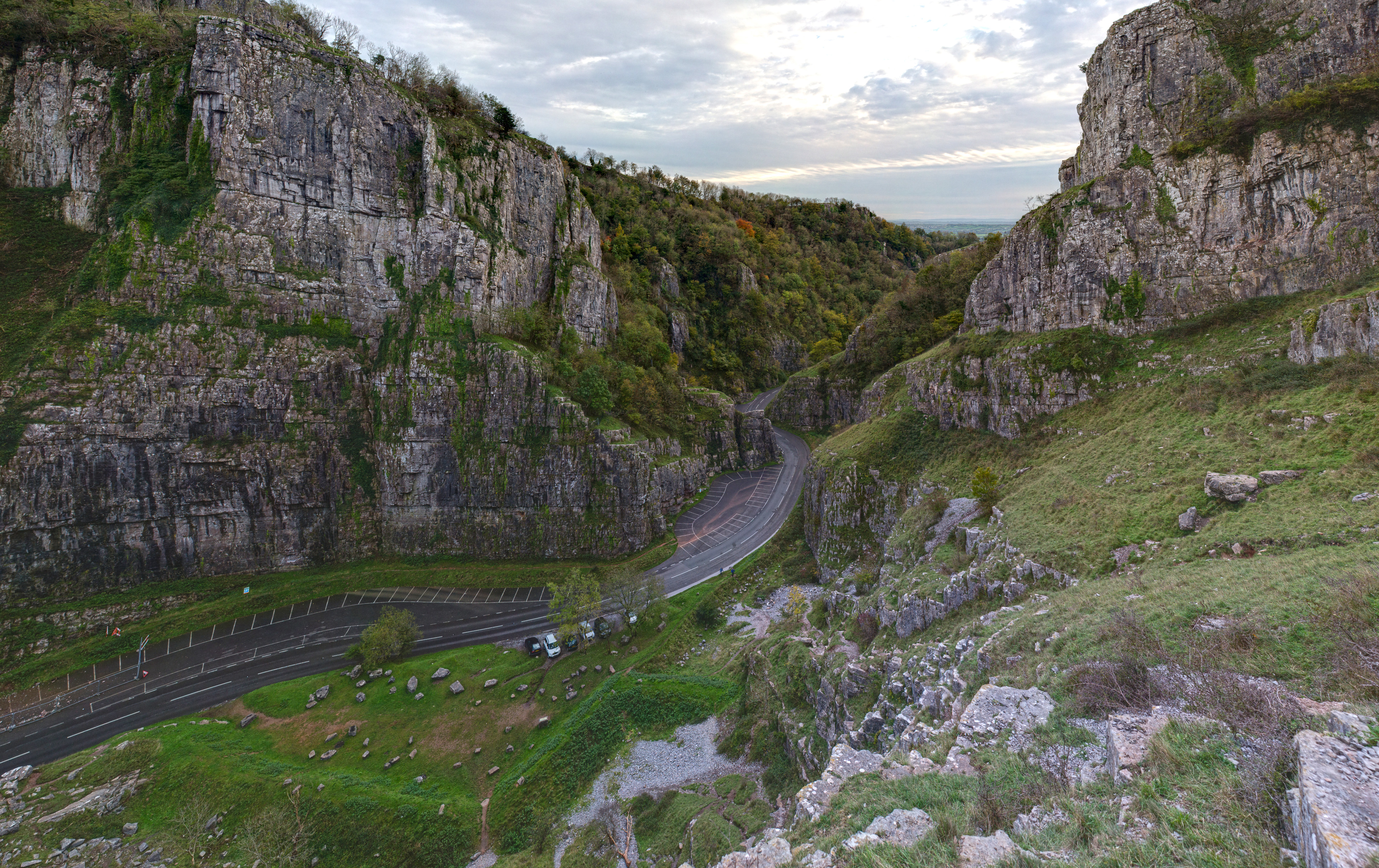 In September 2012 my parents and I also went to Cheddar Gorge and Weston-super-Mare, which are both in the west of England. The caves at Cheddar Gorge are really pretty – and of course, that’s where they keep the cheese!

After having cancer I decided it was more important than ever to have a bucket list, to make sure I do all the things I dream of doing. New York City was on that list, and I asked my mum if she would go with me.

She agreed, but my dad decided we would get terribly lost on our own, so he should come with us – and 8 hours is a long flight if you’re only going somewhere for a few days, so he also thought we should go somewhere else while we were out there. And that’s how we ended up spending nine days in Orlando and six days in New York.

New York was so busy and a bit of a culture shock, but very exciting and I’d love to go back one day.

In 2014 my partner and I had our first holiday abroad together, to a tiny Portuguese island near Madeira called Porto Santo. There isn’t much going on in Porto Santo, but we explored the island in a 4×4, enjoyed the untouched 9km of glorious beach next to our hotel, and were spoilt with a free room upgrade.

The same year we took a two-day cruise to Bruges, Brussels as a special treat with my work. The company was celebrating its 21st birthday and paid for all 20 or so members of staff and their partners to go on the cruise. Another thing to tick off the bucket list – and cruising is so much less hassle than dealing with airports.

After that, my parents made plans to go to Amsterdam, and I’m not about to pass up the chance to go somewhere new. Amsterdam was a city I immediately felt at home in – I think there are some places that give you a great vibe as soon as you arrive there, and this was one of them.

Thanks to a love of YouTuber PewDiePie, I developed an interest in the Swedish language, so when my parents suggested we go to Sweden, I was all over it. We went to Gothenburg in the summer, and a week or two later I was flying out of the country again, this time to Fuerteventura in the Canary Islands with my partner. A little less sleepy than Porto Santo, but just as pretty and a little hotter.

Another trip to Florida, but this was a special one. This was a three-week trip instead of our usual two weeks, and we were flying premium – all to celebrate my mum’s retirement. We’ve booked another two week trip for May 2018, and I can’t wait.

In July my parents and I ventured back to Sweden, this time to visit the capital. I had hoped that my Swedish was better than my first visit, but unfortunately, I still can’t manage an actual conversation. Maybe on my next trip! Stockholm was beautiful – the archipelago means it offers the best of both worlds in terms of bustling city life and chilled out nature.

So it turns out, you don’t need a colon to go traveling. You do need travel insurance, and of course any medication you need both regularly for just-in-case situations. I have been known to buy my own toilet paper while on holiday because the stuff provided at the hotel was so rough! When I’m away from the hotel exploring or going on day trips I like to know I’m not too far from a toilet in case I need one, so I like to suss out the toilet situation first. As long as I’m prepared, I’m happy.

I know it isn’t always that easy, and sometimes our bodies do seem to be plotting against us. The trick is to make accommodations for ourselves when we need to, and to not make big plans that are going to be impractical or wear us out. When we do have an opportunity to get away, it can be just what we need to forget about the medical world, even if only for a little while. And most importantly, it is still possible to live well and create great memories even after a life-changing diagnosis.

Bio:Sam Rose is a 29 year old colon cancer survivor, diagnosed with Lynch syndrome. She lives in England with her partner and in her spare time she enjoys rock music, learning Swedish and eating chocolate. Sam is a digital marketer by day and a poet, writer and editor by night. You can find her on Twitter @writersamr, and at her website http://www.writersam.co.uk.

3 thoughts on “Fulfilling A Passion For Travel After Cancer”