This week's article is a guest blog post written by the fun people at Flowers Across Sydney.  They are an Australian based florist offering flower delivery right across the suburbs of Sydney.

I hope you enjoy it! 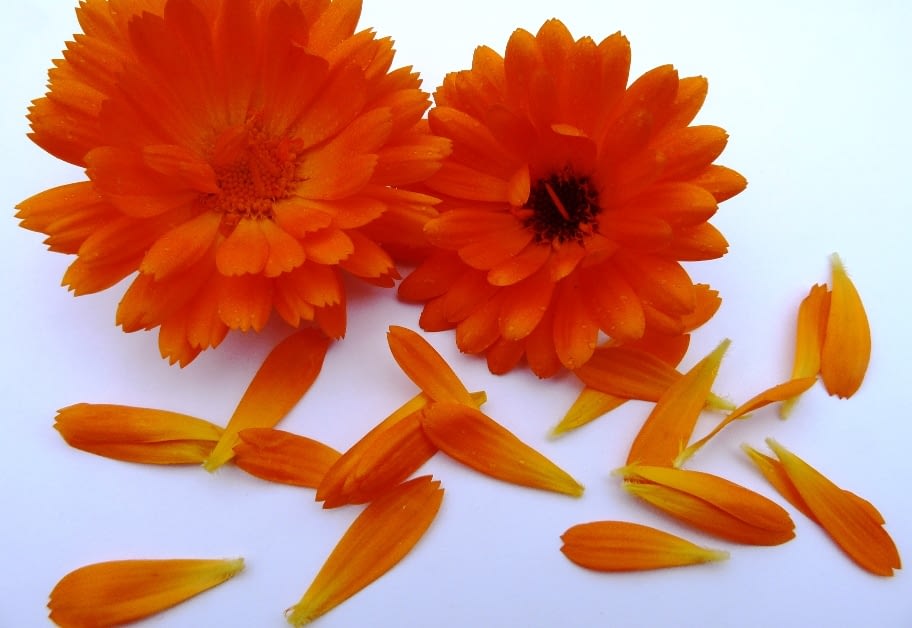 6 Flowers You Can Use to Spice up Your Cooking

When it comes to cooking, most people in the West associate flowers with garnishes; as something that adds a little pizazz to a dish. This hasn’t always been so though; flowers have been used in cooking all over the world for thousands of years. As long as people have been sticking things in their mouths and eating them, you can be sure that people have been eating flowers.

Image: thetasterevelation.comThe Romans used roses and violets in their cooking, while the Chinese continue to use lilies and chrysanthemums in theirs. Using flowers to cook with is starting to make a resurgence with home cooks again, but still, there are many people who don’t know anything about it.

In this post, you’ll learn about seven different flowers you can use in your cooking, along with what they taste like (although the best way is to find out for yourself) and some example recipes to get the ball rolling for you. Before we jump in, however, there are a few important things to note.

First, make sure that any flowers you use are pesticide free. Pesticides are great for killing bugs, but they aren’t what you want in your body. While florists are great for decorative flowers and getting flowers delivered, you’ll want to source your flowers from somewhere that doesn’t use pesticides.

Second, before adding any flowers to your dishes check that they’re non-toxic. Some flowers are great to eat, but others will make you sick, so you want to be certain that you’re not going to regret trying to cook with flowers.

Third, before you add any flowers to your cooking, wash them thoroughly. Because they won’t have been treated with pesticides, they could harbor bugs and dirt and other things that you don’t really want to eat. Once washed, dry them and then consume as soon as possible as flowers often don’t keep very well.

Everyone loves lavender for its scent, but what many don’t know is that it also tastes pretty good. Because it’s sweet, it’s typically best used for desserts. You can even add it to a tasty lemonade. You can choose to sprinkle the buds over the top to add extra flavor, or you can infuse the buds into something such as a really rich lavender ice cream.

Nasturtiums are pretty flowers with a mild, peppery taste to them. Because of this, they’re often used to make things that add some punch to a dish. An example of this is nasturtium pesto, which can be used to bring flavor to many sorts of meals.

The ancient Romans frequently used roses in their cooking. And while we mostly associate them with a pleasant scent, they also have a subtle taste them as well. Because of their sweet tastes, they suit desserts, with rose petal jam being one way to use them. And if jam is not your thing, you can always use garlands of them to ward off the effects of wine, just like the Romans did.

Violets are a great looking flower and can add some real brightness to an otherwise bland looking dish. They’re also sweet and fresh tasting, so they have more than one use. They’re also quite flexible flowers.

Calendulas (often called Marigold as well) are another flower that you can choose to use for your cooking. They’re bright looking and as you might expect from their orange coloring, taste slightly tangy. One popular way to use them is to make a broth.

Carnations are well known for having subtle, soft colors and so it’s a little surprising to learn that when eaten, they have a sweet and spicy taste to them. Because of this, they’re a great way to add some extra flavor to salads, which you can read more about here.
Cooking with flowers is something fun and rewarding to play with if you’re interested in cooking. Some won’t be to your taste, but if you experiment enough, then you’re sure to find something that is. Once you start to enjoy cooking with flowers then there are a huge range of flowers to use and ways to use them, so get cracking!