2 years ago my Dad died suddenly and without warning. I found out on Facebook.

He was a storyteller, a dreamer, and most of all a quiet man who loved animals.

My favorite story my Dad told me- 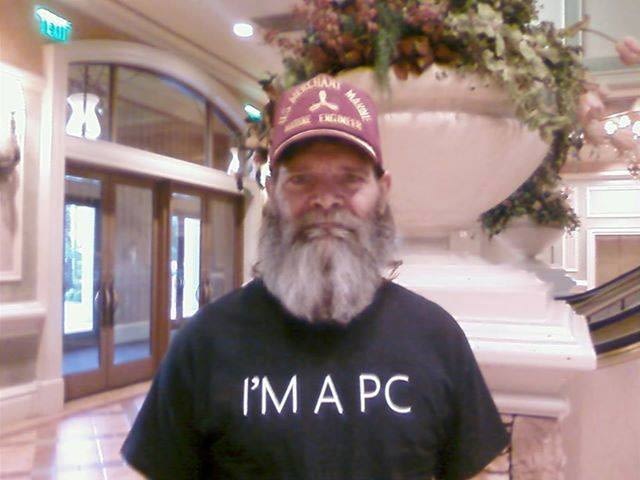 About 10 years ago Nevada was in a bad drought. There just wasn't any rain and the coyotes out in the desert were dying. My Dad loved the coyotes, and he couldn't stand to see any animal in pain. So he loaded up his truck with dog food and jugs of water and headed out to the desert to leave buckets in several locations for the animals.

Day after day he'd go out and try to help the wild animals. He'd spot a few here and there, leave food and water, and keep moving.

Then one afternoon he spotted a very weak looking female coyote. She was so sick she could barely walk. She came up to his truck looking for his food and water. When got out and got close, he saw that she had been nursing babies. Desperate for help, knowing she needed to save her pups, she bravely went to him for help.

He offered her food and water, and she accepted hungrily. Concerned for the pups, he followed her back to her hole in the desert rocks. The coyote females seemed to know he was there to help and cautiously waited outside the den. Watching as he crawled into her den and pulled out several pups, she did not growl or protest, for he would have quickly moved away. Inside he found 3 live pups and one who would not live another day. They were sick, starving, and though most would say not to intervene, my father would not walk away from the helpless.

Day after day he came back in the morning and night, crawling into that hole and feeding the pups goat’s milk out of kitten bottles, then wet dog food, then dry. He spent every penny he had to give them the best chance to survive. Day after day the female stood guard, allowing this human to come and take her pups and care for them.

Then one afternoon he saw the BLM ( Bureau of Land Management) truck coming towards him and flagged him over. The guy told him that it wasn't safe or legal to feed the animals, nature would take over. But my Dad wasn't the kind to really follow those rules. My Dad was a friendly man, an introvert, and a bit scruffy. He and the officer talked for a long time about the risks. But both know my Dad wasn’t going to stop. So the guy told him that one day, those pups would be strong and the pack would move on.

A few weeks later, Dad drove out and sadly as he expected one day would happen, the den was empty. In their place was a freshly killed rabbit, not eaten, but left as a “Thanks” for the care he'd given. He was down, but not surprised. Out of respect, he took the rabbit and started to drive off. On the far ridge, he spotted the whole pack, all of the pups, the female and a large male all watching over him. The male of the pack and several others had been watching his activities for weeks, giving him space, and keeping out of his way as he tended to the weakest of their kind.

My Dad saved the entire pack because he refused to give up on them. And yet if you were to see my father on the street, sitting on a bench, most would have assumed he was a grumpy old man, maybe homeless, but never a defender.

I loved that story, and I've told it to everyone because that is who he was to me. The scruffy old coyote with the loving heart who wouldn't give up on anyone.

Many days have passed since he left this world. I still find myself wishing for one more story.

3 thoughts on “The Best Story My Dad Ever Told”