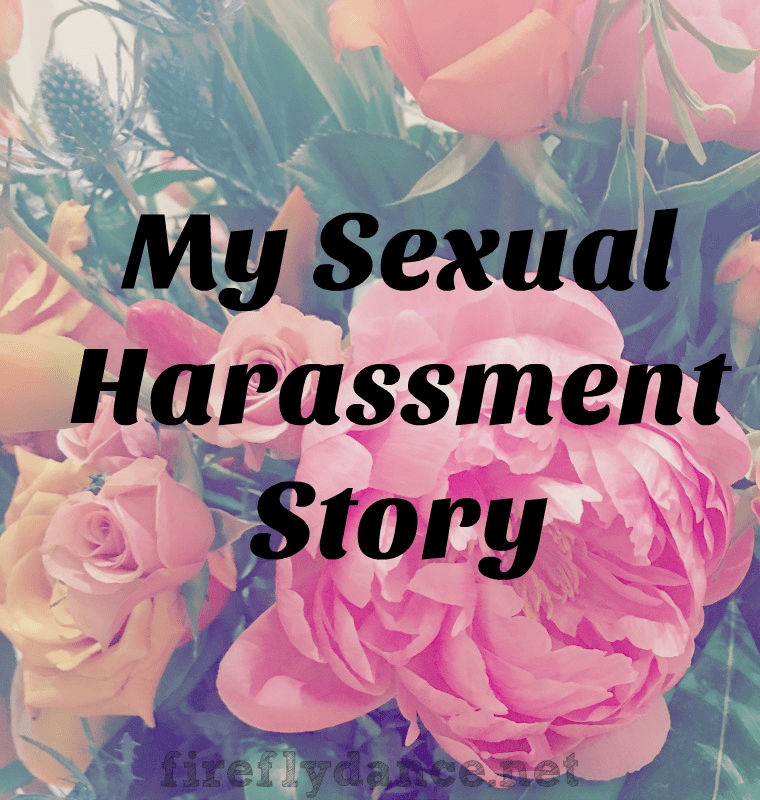 This week here in the US we are faced with the news that yet again one of our candidates for Presidency, Donald Trump, is not only a racist, a liar, and morally corrupt but he is also so insecure that he attacks and devalues women.  Mr. Trump's vile verbal attacks on women have been ignored, laughed about, and even supported.  This week a audio clip of Mr. Trump and his ridiculous supporter- Billy Bush was published to the world. I won't even repeat his words here on my blog.

But this sparked women of all ages to start talking about their sexual harassment, abuse, and rape stories by men just like Trump.

In my lifetime I've seen this over and over, and it has always been sickening. From being talked down to like I am an idiot when taking my car in for an oil change, being told a few times to have my husband call and talk to repair men, and even being told when I reported a sexual abuse crime to the police that I probably wanted it, but now I was changing the story because I wanted to take it back.

When I was in my early 20's I was in college and I went into a police reserve program.  I wanted to get my degree in criminal justice and this was a great program.  You basically go into full police training at the same time you are going to college. But the education I actually got was a life lesson.

Midway through the program, after final cuts were made and our large class of men and women were slimmed down to 15 men and 3 women including myself, we were ready for weapons training. This was something I was excited about and ready to take the next steps in my training. More and more as I did well in the program I thought about becoming a police officer.

Here is where things changed.

The police armory was ran by a man very much like Trump.  He was a big talker, a man's man.  He had no problem wearing shirts that talked about women's bodies and even wore a hat with ridiculous plastic breasts whenever it was my turn to shoot. He was hard on the women,  and made us examples most of the time of what “idiots” do.

One afternoon I walked into the bathroom and saw one of the other women in there.  She had been crying and when I asked what happened she shook her head that she couldn't talk about it.  She left early and didn't come back.  She dropped out that afternoon.

I wasn't sure what had happened, I guessed it was something personal. Yet I we didn't have cell phones or any way for anyone to contact us out on the range.

A few days later, Carol, my last female friend at the academy and I were out on the range with the Armory Captain. It was her turn.  She went to load her gun and he came up behind her and put his hands on her butt as she bent over.  I was stunned and didn't know what to do.

Why did I yell or make more of a fuss?

She turned around, her face red, and screamed at him never to touch her again. Her outburst was strange and out of place.  She was always very level and calm, even through hand to hand fighting, she was the best of all of us.

He snapped back at her, laughing and calling her a “Crazy Bitch”  he looked at both of us and said our mouths were better for sucking than talking and if we knew what was good for us both, we wouldn't say anything again. Then he patted his gun and made sure we knew he was armed.

Everything moved so fast at that moment. The two of us were humiliated, he just stood there mocking everything we said. Carol tried to get past him, he grabbed at her breasts and we both freaked out.  She had her pistol, still loaded, and aimed it at him as we both tried to get out of the stall we were in with him.  Then he made a comment that we were lucky we weren't pretty or we'd get what he gave our friend.

Why didn't anyone help us?

The horrific part was that as we got out of there, we saw all of the men standing there watching the whole thing and nobody stopped it.

We raced to our car, Carol driving us both back home.  She told me that he had raped the other girl when he called her into his office and threatened that if she told anyone he'd deny it and have her arrested on drug charges.

The next day the two of us went to our Commander and reported everything that had happened. We had to give statements to two different officers about what happened and we were treated like suspects.  We sat alone in different rooms, asked over and over how WE had provoked him into a fight.  We were told that it was clearly us trying to get a better rank in the class by trying to seduce him.

A few days later we were told that we no longer had to take Armory training.  We were passed through and would be moving on to the next level.  No more qualifying. No more him. But it was clear that we should be “professional” and keep this destructive story to ourselves.  “It's a small town” and we wouldn't want to ruin the life of a good man.

We graduated at the top of our class.  We were good trainees. However Carol or I were not chosen to become part of the department and were told they had no room.  Though all of the men were accepted in.

A few years later, the Armory Captain was involved in other sexual harassment scandals involving other female recruits. There were more rumors of rapes at gunpoint, women being treated unfairly, and eventually after several lawsuits involving the county covering it up, he was let go.

Today I think back at those days, it makes me feel sick and mad.  Why didn't I do more?  Why didn't I fight harder?  Most women don't. The threats are enough to keep us quiet, the embarrassment and shame is enough to keep us from fighting back. We are told that if we want to compete in a man's world that we have to stop being silly girls.  We are told to suck it up or go back to the kitchen and raise babies. We have to keep walking when we are whistled at or called as we try to make our way down the street.

Just a few days ago I was walking through Austin, Texas alone.  The catcalls, the whistles, and the clicking was making me so uncomfortable that I pulled my earbuds out and turned the  music up to avoid hearing it.  I witnessed another young woman actually have a man come out of a doorway and reach to grab her by the arm to stop her from walking, but she couldn't fight back just had to pull away and walk IN the street to avoid it. It was easier for her to walk in traffic than to risk the grabs and assaults of the men.

Today I look at the rise of Trump and I am furious that this kind of man could become the leader of our country, that he could have so much more power than he already has. With his fame and money, Trump has had the leverage to rape, destroy, and humiliate women for years. I fear for what might happen if he becomes the leader of the Free World.

I encourage everyone to share their stories and even more, I beg you to VOTE.

I am also not a Clinton Fan.  But there are other options in this election.  But please vote with whom you can trust your homes, your country, and your sisters, mothers, daughters with.

7 thoughts on “My Harassment Story”