previous3 – looking at grief in moments of 3.
nextEmbracing my body means loving all of it 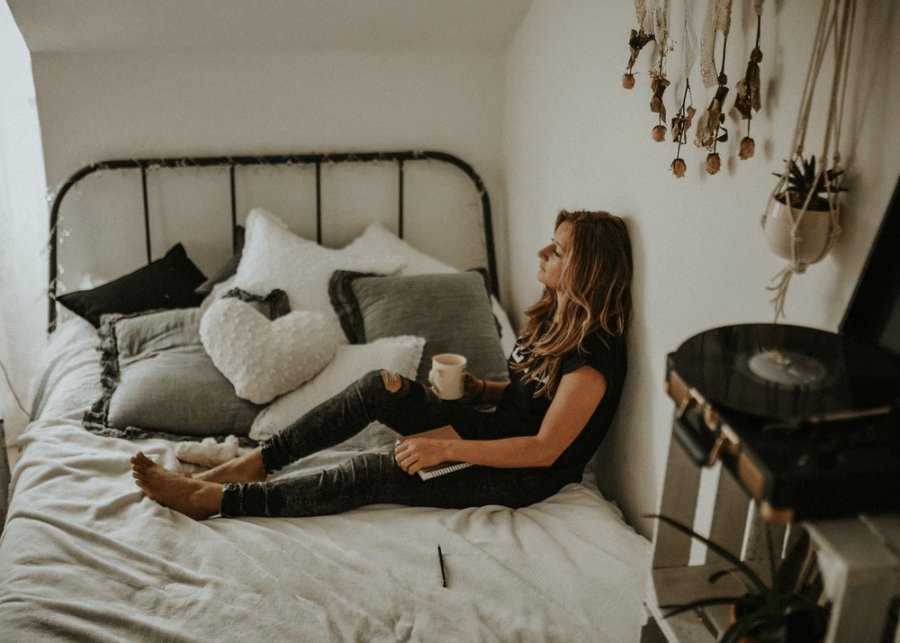 I wrote this August 5th 2015… after being told AGAIN that my mother was on her deathbed. She had a habit of “dying” and after a few years of going through hell with the emotional roller coaster, I stopped getting on the ride. It took me a while to stop looking back to see if I had done the right thing and a lot of tears when I wasn't sure.

The sad thing is that this sort of drama went on for years until recently when she actually did pass and nobody believed it.  We had grieved for longer than anyone should and when the wolves cried again, there were few there to listen.

I am sad that she left behind a daughter who did love her very much, who will now have to figure out who she is without the drama that followed her around. But the strange thing that I learned from grief is that once you make peace with it, once you've said what YOU feel you need to let go of, it is over and the healing begins.

I got the call. I’ve been expecting it. My cousin doesn’t call much, usually with updates about family drama. My family is especially dramatic. I knew by the sound of her voice that this one was going go a little different from the other times. My mother is dying.

This isn’t the first time I’ve gotten this call. It’s been a while, but every time feels like a punch to the gut. This time I actually hope isn’t bullshit. I’m tired, so mentally exhausted from all the stress that I don’t even feel like I know what life was like before sitting on death watch.

To be clear, I am not close to my mother. We aren’t good for each other. Some people are like that. They can be really decent and good people. But together, they bring out the worst parts of your personality. I really don’t like who I am when we were trying to fake a relationship. It was a good thing for us both to go our separate ways. There was no big ugly fight. No threats or nastiness. Really nothing to be sorry for, it was just time to let go.

So now I sit here, the echoes of well-meaning voices telling me that I should call and say “good-bye” and make peace still sinking into my brain. Everyone says they don’t blame me for not wanting to call, they understand my reasons. Hell, everyone has said they won’t judge either way. But everyone judges. That’s life.

My brother called. He needed to call and hear it for himself. I respect that. He’s still young, still pissed off that not everyone gets parents that sit down for family dinners at night, pose for funny group photos, or actually like each other. We bond over that dream, mold ourselves into the images of who and what we think adults are supposed to look like. We both have long lists of what we will and won’t do, lists written from our safe rooms and quiet corners. For the most part, even though I struggled. I hold pretty close to my list of what kind of parent I will be… except for the elephants. My kids are not riding elephants to school.

When he called me back, he didn’t sound like someone who actually made peace. In fact he sounded like shit. This is what they want me to feel like? They want me to call her and sit on the other end of the phone listening to her dying and me sitting there feeling like shit? That is not making peace.

“Do you feel better?” I asked. I honestly wanted to know if speaking to her, telling her that he loves her and forgives her actually made him feel better. That’s the point. Getting that chance to tell someone that their life matters to you, even after they leave it is supposed to be the reason you want to say good-bye.

“No. I feel worse and now there is nothing I can do about it.”

This is bullshit. That’s what I want to say. My brother, who is a damned good person and would do anything for someone else is sitting alone in his room crying and feeling miserable and I can’t do a damned thing about it. This ridiculous sense of “right and wrong” about the dying is the reason he and I both feel like crap. F that.

My Gram died. She was truly amazing and wonderful and everything a grandmother should be. Soft rosy cheeks and cold hands, my memories of my Gram, my great-grandmother and my best friend are vanilla scented and probably sugar-coated with the years and acceptance of her passing. I didn't say good-bye to her either. We spoke about a week before she passed peacefully in the garden of her nursing home. We talked about our fun times together, about knowing when to let go, and her wanting me to think only of good things to carry me through. When she let go, I wasn’t left with hearing her voice frail and discolored with fear of dying. Instead I had a smile, relief, thankfulness that the voice I have still with me was strong, funny, and authentically her.

My best friend died a couple of years ago in a motorcycle accident. The call came to me at midnight, over-dramatic and typical for the man he was. He loved being the center of attention, the loudest laugh in the room, and the one nobody could ever forget. So the call was fitting for announcing his death. When the crying stopped, my first impulse was to regret not getting to say good-bye. That want is imprinted upon just about everyone who is old enough to understand fictional guilt. It’s fictional because we shouldn’t have to feel bad for not doing something that we didn’t know we needed to do in the first place. But, I did have remorse because I had been sick that week and hadn’t spoken to him in a few days, whereas usually we spoke every afternoon.

“I should have called him more.” I said as I tried to come to grips with the reality that he and I were never going to call, text, or see each other again. But, I love the memory of his last voicemail to me. It was actually one of the best moments we ever shared with each other.

I called him, he was already on his way to the accident that would be the end of our phone tag. “I’m here. I’ve been sick. But I do love you and I always want to know what you have to say. So now it’s your turn. Love you. Bye.” Those were my last words to him.

I am glad my thoughts of him aren’t of someone holding a phone up to his ear and me crying as I try to choke out that I love him and I don’t want to be in this world without him. I am okay with not sitting thousands of miles away begging for a miracle, for him to know how much he meant to me. I am okay with knowing that my memories of him will always be funny, loud, and thinking of him as an asshole… the one that loved me just as much as I loved him.

So why in the hell would I want to call and sit here, gasping for air as I try to manage to say something that doesn’t sound heartless and meaningless? There is no peace in making peace! We said everything we needed to say and probably a whole lot more when were strong and full of fire. Why place this pressure to somehow say something that will make dying easier? Screw that! Dying isn’t easy. Dying SUCKS! You live, you do the best thing you can do and don’t go out of your way to screw it up, and then you die. That’s it. So now eyes are on me, waiting to see what I will do. And I’ve got nothing.

I won’t call. My voice will fail to say the thing that I know I need to say.  Instead I will say this, here… the way I know best how to be.
Paulo Coelho said in his works “Warrior of the Light”

“However good we are, however correctly we seek to lead our lives, tragedies do occur. We can blame others, look for justification, imagine how our lives would have been different without them. But none of that matters: they have happened, and that is that. From this point on, it is necessary that we review our own lives, overcome fear, and begin the process of reconstruction.”

This is what I want to say to her.  What I would if I had the nerve.

I want to say that I know and understand the desire to have one more moment, something that is supposed to bring comfort in the days ahead. But we don’t need that.  We had moments, both very good and very bad.  There is no more reason to say I’m sorry.  That’s been done before and there is no reason to rise up bad memories again. Instead let’s move forward on to the next life with clarity and leave no ties of guilt or anger holding on to what cannot be.

As each of us move towards our next destination, know that I am truly grateful for the gift of life that I was given because of you.  I embrace each day knowing what both love and hate feels like, and fight from dawn til dusk to be a part of the light, to be good and loving, and especially real.  I have known the darkest heart breaks, the heaviness of grief, and fear that is a prison. This life is what you make of it, your reality, your kingdom.  So as you take your next steps towards the light, know that I am there and I love you for who I will one day know you to be.