previousChanging Focus and Gaining Strength as a Blogger
nextMy Next Fifteen 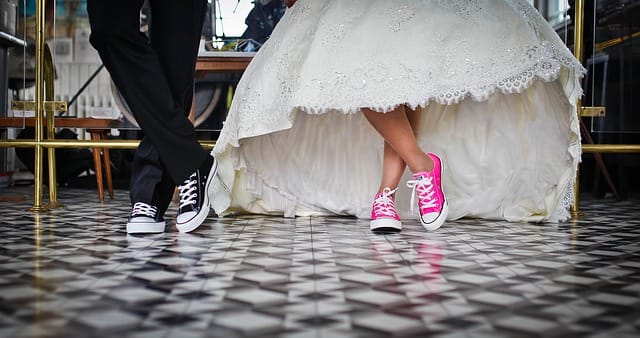 When we got married, we had a lot of crazy things on our minds. For us, it was already complicated.  We started things off by throwing every obstacle in the world at our marriage.  We launched right into having a family, not a small one.. one cute kid and a dog, but a large one ending in 5 kids, dogs, cats, and a ton of debt that we managed to dig out of and turn around into forging a life that is both comfortable and stable.  My husband was and is a fighter, not the mean fist kind of fighter, but the kind that tackles the problems head-on and solves them. He is great at solving problems. But I know that my diagnosis of having Chronic Lyme disease has been a frustrating problem that even he hasn’t been able to solve.

We knew that forging a family was going to be hard.  We came from different backgrounds and locations. We had different views on parenting and money.  But we managed to work out how we were going to both be equals. But what we didn’t know was that I was going to also be fighting a bigger battle with my health in addition.  I wasn’t diagnosed with Lyme disease until a few years after we were married.  I’d gone to so many doctors asking what was wrong with me and coming home with results that were either terrifying or depressing. I’d been diagnosed with MS, Chronic Fatigue, depression, PCOS, Hypoglycemia, Anemia, thyroid issues, hormone imbalances, even questioned if a brain tumor was hiding in my skull. Until I was finally diagnosed and treated by a Lyme literate doctor who truly learned how to treat Lyme patients through trial and error in my case.  We didn’t get the newlywed world of bliss, instead, we were tossed into the reality of life together.

The marriage question.. “Do you take this person to be your spouse in sickness and in health?” always comes to mind when I feel my worst and my husband is there at my side trying to find something, anything to ease my pain and discomfort. And I am not always the easiest to get along with when I don’t feel well. He should have married a healthy wife. He should have had the chance to climb mountains, windsurf the wild oceans, or at least someone who can keep up with him on a walk. I can only try. But sometimes I just can’t. I sometimes think about what choices I would have made if I knew I was sick when it happened. For me, I was a kid, probably younger than 12 when I was bitten by a tick in rural Tennessee.  At the time, tick bites were common.  I would come in from being in the woods, and if I happened to spot a tick latched on to me, I’d flick it off.. or ask my Gram to take a match to it. That was how it was done. There wasn’t a worry that in the future that bite might change the course of my life and that of my family I didn’t know I’d have.  I’ve had moments after being diagnosed, that I worried that I’d passed on this illness to my children. They have had issues with pain and inflammation, but the doctors try to reassure me that there hasn’t been any proof that Lyme disease can be passed on from mother to child. But admittedly there were moments when I was so scared and frightened of this disease that I questioned if I ever should have been a mother. It was my husband who crawled into bed beside me and over and over reminded me that our children are smart, healthy, and wonderful. I couldn’t have known I was sick before they came.  I only started experiencing the worst symptoms of Lyme after the birth of my daughter.   Still, the fear haunts me that somehow I’ve damaged my children’s futures.

Lyme disease added a lot of complications to my marriage. But I am beyond thankful that unlike many, my husband is here for me.  Through the scary appointments and frightening test results, he has been the strong one and held me while I worked through the anxiety and depression that often comes with having an illness that has been described as both debilitating and even deadly. My husband had taught me that Lyme is just a part of life, our lives together. And never once has he said out loud that he wished he married someone who wasn’t sick. Instead, he’s said he loves the wife he married, even though she wakes him up in the middle of the night with tremors and crying spells.

I’ve heard many times how lucky I am to have a strong support system, people who love me and understand what is happening with me. I know I am blessed to have them, even more, blessed to have a husband that I respect and love more each day than the day before. Even though I daydream from time to time if it would have been better for him if he’d never met me. I know I am better for having him in my life.

I feel like we are stronger now than we have ever been. We’ve encountered the hardest trials of marriage, children, money issues, deaths in the family, moving, and even a chronic illness.  As we’ve grown older, I think that we’ve found a  better rhythm, a beautiful song we dance to together that is sometimes tinted Lyme green.

May is Lyme Disease Awareness Month.  I hope that you will reach out to someone you know and let them know that they are not fighting this battle alone. Every year Lyme survivors will end their struggle through suicide. Taking their own lives because they can't stand to be a burden to anyone else because they are so tired, so sick of being sick.  I hope you will take a moment to let them know that they are important in your life and they don't have to be alone.

7 thoughts on “In sickness and in health”