I believed him when he s

aid he loved me. Believed that word meant something powerful and important. The way he cupped my face, held me there so I wouldn’t back away, kissed me as if he needed that kiss to save him.

My heart beat so hard in my chest, made my blood rush with pulses of electricity in my veins as he looked down at me with those serious eyes and promised me that he would always be there.

I wanted to believe, I always did.  I wanted to believe in magic and fairy tales.  I wanted to believe that there was such thing as Love at first site, as movies would want us to think. It had started that way.  This incredible chance meeting, a silly boy with mischief in his eyes asking the shy girl about a song she liked on her sony Walkman was the start to a long and complicated story.  But I wanted it to be simple, the only simple thing in my life… just for once I wanted something to be easy.  Boy meets girl, falls in love, and spends the rest of their lives looking at each other as he did those warm summer nights when she was 16.

Nothing is ever that easy.

I should have known, tried to be more guarded. But I was never as full of emotion as I was that year.  Every sound, every scent, every moment was unforgettable.  From the coolness of the air as he would slip away reluctantly and ride off into the dark.  The stars above would burn so bright in the black sky as I would stare up and listen as the engine of his motorcycle would sing as he would return home. My sheets would feel heavenly cool against my skin as I tried to calm the rush of my heart and sleep.  I should have known it could never be way forever.

I believed the excuses for missed dates, understood his reasons for not wanting to hurt other girls by telling them he couldn’t come over when they needed someone to talk to.  I forgave him and loved him without restraint. When he drifted I gave him space.  When he returned I welcomed him back.  When others told me he strayed, I believed only his stories.

Then without warning a late night drive changed everything. “I met a girl… I love her.  I want to be with her.  She’s special, unlike anyone I have ever met.”  My heart sank, felt like a hand held a grip on it and wouldn’t let go. “I wanted you to know. You mean so much to me.” His words sliced deeper.

Again, I couldn’t deny him anything but my support.  I couldn’t tell him that I felt as if I might die… truly die from the pain that washed over me that night. I didn’t eat, didn’t sleep, and moved only through the next weeks and months because of the common movements of routine.

I met the girl, pretty and very young. I smiled as she told me of her love for him and how he gave her everything she ever wanted.

I waved good-bye as they left as young lovers in the night and ran away together.  Stood there in the dark as the stars mocked me from their viewing place and felt the cold run through me as they watched me sink me to my knees as I listed to the wounds ripping open as his engine carried them away in the night.

Blinded by the loss, I didn’t see how vulnerable I had left myself.  Each day I cast my eyes down, avoiding the laughter in the eyes of those who had warned me about that boy. Lost in my own head, I missed lectures and my grades began to fall.  But it didn’t matter… not really.  I couldn’t feel anything anymore, and when I wasn’t looking I found myself turning to a stranger.  I didn’t care that he didn’t love me.  I didn’t care that he looked at me as if he were starving and I was his next meal. None of it seemed to matter as my life began to fall apart.

That stranger took advantage of the nothing I had become.  Manipulated the situation and moved in for the kill.  Took what he wanted with no regret.

I've seen that boy again through the years, his eyes are still full of mischief.

We've talked about many things, about the girl I was, the man he became after the girl of his dreams turned into his nightmare. We talked about our lives, our children, and the future.  His wife is beautiful and lovely, a good mother and his best friend. He told my husband the tale of 16 as he remembered it and I smiled as I listened to his version.  He told them about the girl I was, kind and gentle, forgiving and true.  He told them he made mistakes and I never held them against him.  I sat thankful for the chance to get to hear his side once more and relished in the laughter we all shared.

I look back at 16.  I shake my head and think of the mistakes that were made, the things I should have said and done, and dip my feet into the emotions of those days.  I am thankful for 16, for the boy and for the pain.  Perhaps I don’t look at people the same as I did before those days, look at them now with expectations of trouble instead of doubting the possibilities of lies.  But it’s ok.  Because if not for 16, where would any of us be? 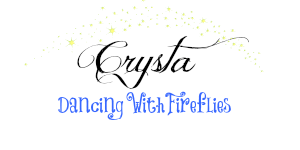