I love the passion of our younger generation, the Millennials, express when they see each other going against what they believe in. In a letter addressed to another blogger, Angry16, tries to explain the dangers of adopting titles for attention.  The blogger, Non-Binary Girl, has outraged her fellow teens by claiming to be part of not only gender issues, but social minorities, religious minorities, and now having mental illnesses that only she can diagnose.

Angry16 isn't alone, across the internet, teens are standing up and teaching their peers about social issues. Demanding respect for those dealing with mental illnesses, sexuality questions, and more.  They are owning their opinions and being brave enough to speak up against opposing thoughts. 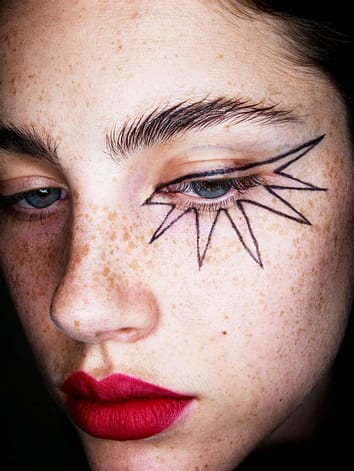 Dear you (I don’t know what to call you because apparently you’re a non-binary “girl” which makes zero sense because non-binary means you don’t identify as either a boy or a girl but okay hun),

You obviously have no idea what you are ever taking about and I find it insulting.

I understand that your puny brain clings onto anything that could possibly bring you some attention, it doesn’t give you the authority to make yourself something you’re not. Such as telling people you are Jewish. Which I know from multiple 1st hand sources, you are not.

How dare you take something that people have struggled in society in the past and make it your muse for attention. You are a white privileged person (notice I didn't say girl because if you are non-binary I respect that) with no diagnosed problems pretending to be something you are not so people who can’t comprehend it give you sympathy.

This has to be the most selfish thing I could possibly imagine. because apparently you are more important, with your fake petty issues, than people who are actually experiencing these things (including prejudice toward Jewish people).

I suspect that u will use this letter to complain about how hard your life is because of “people who don’t accept you” I just thought I would let you know that pretending you are a minority, religiously, mentally, or sexuality wise, for attention will not bring you happiness. But I guess that’s your own problem.

2 thoughts on “Brave Millennials Speak Up”