previousYom Kippur – my thoughts about Neil Diamond, Brisket, and going to temple
nextTeaparties

It is not flesh and blood, but heart which makes us fathers and sons.
~ Friedrich von Schiller. 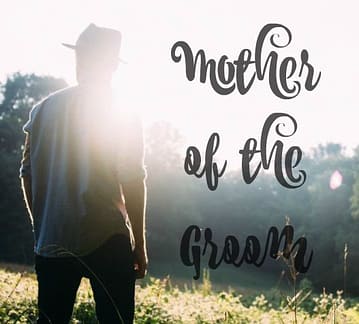 One of my boys, Harry, is getting married in a few weeks. And even though this isn't shocking news, it is something that leaves me conflicted and thoughtful.  How is it possible that in just a few short weeks, one of my boys will be standing in front of friends and family as his beautiful bride comes to take his hand?  It seems just like yesterday he was just a tall boy with a goofy smile and the warmest heart.

A friend of mine asked me, innocently, if I was going to stand up for him as the Mother of the Groom.  And in that moment, my heart broke just a little more.

I will be at the wedding, I will watch him with tears in my eyes and I hug him so tight when he comes to me later.  But no, I will not be “The Mother of the Groom” and there will be no words of congratulations for my husband and I. Even though he is OUR son, and we love him as much as we could imagine loving any other son, we are not his real parents.

I remember the day he came into our lives just as clearly as I remember the birth of all of the other children.  I had wanted a baby, badly, for a while.  I knew in my heart that we weren't going to have a small family and three children wasn't enough for me. But it was my husband who didn't want to have more.  He was thrilled and totally happy with two boys and a little girl.  But I knew there were more souls that belonged to my heart, and I wasn't going to stop looking for them.

My oldest came home one day, he said he had to talk to me about something important. He was 12 and a boy of few words. So curious I followed him to the front door where he told me that he'd met a boy, and that boy needed a home. At first my walls were up, certainly there wasn't just a sweet boy out there wandering around without a home! But as he proceeded to open the door and I looked out to see this very tall, strange looking boy with an eyebrow piercing and crazy hair my heart stood still for just a moment. I knew that boy, not from a chance meeting, but for the fact that he belonged. There was something that just opened up and I truly loved that shy silly boy instantly.

I asked him what had happened and if he truly needed a home. His circumstances weren't the best and he had found himself without a home. Really, those reasons never mattered to me. Because I just knew that my little lost duck had found his way home and no matter where he'd been or who had tossed him from one place to another, he was home.

When anyone asks about how many children I have, I don't really think about where they came from or why, the answer is 5.

I have 5 amazing souls, 5 of the kindest and most loving hearts, 5 of my own children who I love so much that it truly hurts every day that we are apart. Even though all but one have grown up and worked hard to make my husband and I so proud, it truly is the most difficult thing in the world not to be able to see them every night for dinner.

Harry came into our lives and home and became our son. He stepped through the front door of our home and instantly had 2 brothers his own age ( A third would come later ) and a little sister. He became part of a different kind of family, with new rules and new traditions. There was never any question if he belonged, in fact most people just never questioned how or why we instantly had a 12 year old.  And we would all laugh when people would say Harry looks so much like my husband, not because it was wrong, but because the love in our family bonded us all and gave him a place where he belonged and that spilled out in happy laughter.

But loving him isn't about keeping him to myself. No matter what happened, it was always my desire for Harry to know and love his birth parents. I met them both.  They had divorced when he was a boy and each had moved on to different lives, but neither were able to give him the home he needed. There were excuses, stories, and ultimately an understanding that it was better for Harry to live with us.

One of the most important things for me, as his new mother, was to make sure that he never felt unwanted. In fact, I wanted him to feel so loved and accepted that it became my goal to make a connection between each of them and their son.  I knew at some point in his life as an adult he was going to struggle with relationships and self-worth if he felt like his parents didn't want him. And no matter how much it hurt me to let him go visit his birth parents, and even stay with them for a while at a time, I knew that my feelings about him leaving and about them were not important in his future.

Once he was ready to leave the next, and I had to let my ducky go I thought he'd stay close. But he took a chance to go out west and try to make a stronger relationship with his birth mother while he attended secondary school. We both cried as he got on the plane and we had to let go. But I couldn't keep him from exploring the opportunities and the world. After all, this is what I wanted for him, to be strong and secure enough in himself and our family that he could bravely be the man I know him to be.

In just a few weeks, he is going to stand up and look around for his friends and family. My oldest will be right there next to him as his best man. My husband, his other brother, sister, and I will be sitting up close to the front making sure he knows that we are there for him, as we have always been.  But no… his birth mother and her new boyfriend will be receiving all of the congratulations and proud honors, I am not the Birth Mother of The Groom.

Even though I have my own personal hard feelings about how he came to us and complicated things that happened along the years, I am trying hard to remember that he is going to have the chance to stand up there and know that he is surrounded by not just his birth mother, but by people who love him.  He made himself into the strong loving man that I knew he could be if he wasn't weighed down by wondering why his parents weren't there for him.

Relationships are tricky, complicated, and sometimes a little painful.  Well meaning questions sometimes are hidden daggers. But in a few short weeks the first of my children will be married, hopefully start a family of his own when he's ready, and he will give a home to children of his own.I know that we will be a part of his family, just as he is a part of ours. Families aren't cookie cutter shapes and all the same, they are made up of humans and it is what we make of those relationships that define us.

2 thoughts on “Mother of the Groom”